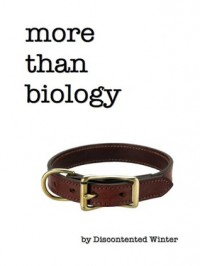 I hated almost every minute of that.

Well I said I hated it. I didn't say it wasn't any good.

Mainly because I needed it to be over.

This writer is ever so good at making me feel that really awful helpless and trapped feeling. It felt at times that there was never going to be a way out for Stiles. To such an extent that the decisions he came to made total sense to me.

Another sociopathic Peter. An incredibly strong Stiles. And loyal Derek. A/B/O that was way difficult to read. I don't think I can do any more evil Steters. It hurts too much.

"I used to think it was pretty incredible how my kid attracted such brave people into his life, into his corner. I used to wonder how you did it. But I know now. You're you. You inspire people, kid, without even realizing it."

Just to say there is much John love and shockingly much Scott love in this.