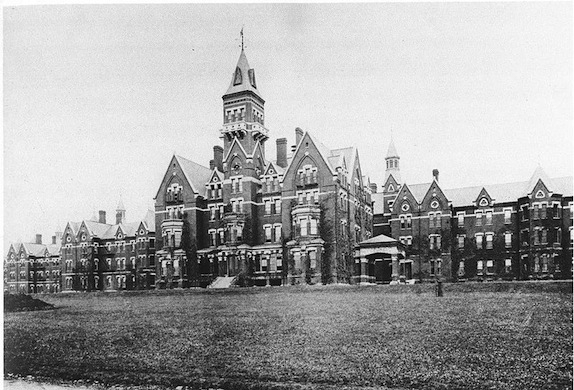 "Screams and howls rose from every room, the madmen struggling against their bindings or slamming into the doors, as if in a panic to get out before the monster in their dreams erupted into reality.”

See this one was always going to freak me out. Asylums and the 1800’s? Scary!! Add a new cult, nightmares from the sea, more information about Griffin and a trip from his parents?

‘Stormhaven’ had a lot going on and I think this one is another favourite in the series for me, not least of all because this one gave me big feelz.

Griffin and Whybornes relationship is really quite lovely and their little moments make me all gushy and silly.

I even like when Griffin calls Whyborne ‘my dear’ now, in fact I found myself waiting for it. It was one of the things I really disliked in the first book and now I’m waiting for it. How. Did. This. Happen? I’m turning into some kind of sappy sap.

So I may have shed a few tears but it was hard not to, they go through a lot in this and a lot of feelings are felt and a lot of things are said.

"Say you won’t leave me,” he begged. “I’m broken and scarred and selfish, but I swear, you’re the most important thing in the world to me.” Griffin broke my heart at times. Absolutely broke it. But I was so proud of Whyborne, he is a fuddy-duddy and he can be far too proper but he is loyal and once he loves he loves with every single part of his being. I thought in the first book that Griffin would be good for Whyborne, would help him, but how wrong I was, how wrong everyone was about Whyborne in fact (even Whyborne) he is the one that is there for Griffin, he is incredibly strong.

Of course Griffin is still Whybornes cornerstone and when Whyborne sometimes loses his way Griffin I feel, will always be there to help guide him back.

"What is between us is fire, and passion, and a need I have never felt before."

As usual Christine was amazing and in her own Christine way she showed how much she cares for these two men, Whyborne in particular. She is just a total badass.

I'll say it again. So much happened in this book. Griffin and Whyborne may well be an established couple but I really don’t think there is any fear of them becoming boring. I think (or more I hope) that they will overcome whatever obstacles they come up against, it may take a little work but I’m sure they will find their around it in their own unique way.

"I may not be able to take you dancing, or bring an armful of flowers to your office, or hire a carriage for a romantic ride through the park, but I can at least do this," he said. "Give you something to carry with you, so you'll always have a reminder of how much I love you."