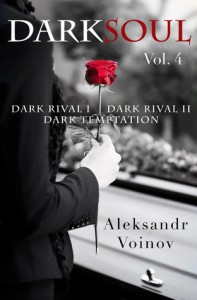 So the shit really hits the fan in Volume 4 and I have to say I was grateful that Silvio and Franco were off page together. What I would of liked though is Silvio's POV for the jobs that he and Franco carried out. Seems I like mindless violence. See Aleksandr Voinov is helping me learn all sorts of interesting things about myself.

Really starting to get a better understanding of Silvio in this and I've got to say I'm lost for Stefano now, he does not make excuses and knows his weaknesses and he does not blame Silvio for how he makes him feel which so often happens. I feel really badly for Donata, would of been so much easier if Voinov had of written her as a bitch but I know it would of been easier to dismiss her then and that's not what he was going for.

“Men kill you, but women eviscerate you first.”

It's all a bit of a mess at the end but we do get what we have been ever so patiently waiting for. NOOKY!! Most satisfying it was too!!
Tweet