Zero at the Bone 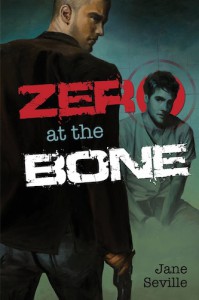 "Several of nature's people
I know, and they know me;
I feel for them a transport
Of cordiality;

But never met this fellow,
Attended or alone,
Without a tighter breathing,
And zero at the bone."

Loved it. Absolutely loved it. I actually think that my enjoyment of this has a lot to do with the audio but I'm saying that as someone who has never actually read it, Alan Smith though, the narrator, owned this. It's without a doubt one of the best audios I've ever listened to. I kind of want to start listening to it again.

D and Jack are fabulous. They are hot together, they are cute together and most importantly they can be flawed together.

"Kissing Jack wasn't what he'd expected. Not letting himself do it for this long now seemed kind of stupid ... or a lot stupid. What had he been afraid of? Too intimate, too romantic, too ... just too. Sex was okay, even sucking dick was okay. That was to get off. Kissing, though ... that you did only because you had something to say that words didn't quite do it for. That meant feelings and messiness.”

D is my favourite, my heart hurt for him and I felt that Jack tended to have an air of moral superiority about him at times. I mean the circumstances in which he met D were such that he knew D's background. Getting all uppity about the things that D did, while understandable, was annoying. Sure you have a problem with it, anyone would, but getting all shouty and storming off made me want to get all shouty with him. Jack was light to D's dark and he gave him something that nobody ever had but I did feel sometimes he was childish and petulant. I can see though that D needed it, it seemed to bring him out of himself and in doing so let some of Jacks light shine on him.