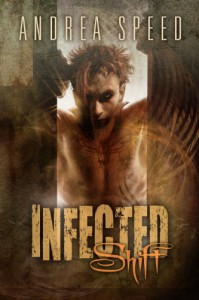 “There’s bigots in every race, creed, and orientation. Idiocy is universal.” This book just made me hate humanity in general to be honest. I've come to the opinion that Roan should just eat everyone. They deserve it. Humans suck.

One of the things that's terribly disconcerting about this series is that it really shows humanity at it's absolute worse and yet I laugh like a crazy person and fall in love with some of the crazy people. Not the majority of the crazies now but the ones who Roan seems to adopt. In this case a crazy hockey team that made no sense and yet fit in perfectly. I'm a little in love with all of them but Tank is my favourite (even though I don't want to talk about how long it took my brain to remember that people can and do speak French in Canada therefore he did not fall into the 'not Canadian' camp in relation to the Falcons. I almost did an update. I feel shame. Sorry French Canadians!) Grey is my second favourite and if Scott does not watch himself I will rip his heart out. For reasons!!

This felt like the most violent so far but I think that is mainly because I've been reading them pretty much consistently for the last couple of weeks and as a result I'm dreaming a lot about murder and big cats and throats getting ripped out and street kids being found dead on the sides of roads and blood. I'm dreaming about a lot of blood! I may need to take a little break!!

What's hurting my heart the most though is Roan's fears about himself and the constant feeling of grief that radiates off him. I want to scream at him to snap out of it at times and I want to wrap him up in cotton wool and hid him away from the world all the other times.

This series is taking over my life, it is not perfect but it is addictive. It's difficult to read at times because it is dark and grim but it is also funny as fuck and it's impossible not to root for Roan and Holden and all those who follow them. The obscure references do nothing but add to the fabulousness of it (there was a Father Ted reference that made me squeal for joy) and there is a scene where Roan and Dylan discuss who would play everyone in a movie that caused a google frenzy. I've lists and lists of bands and music to look up and I have highlighted the crap out of the majority of the books. Basically these books, so far, owe me absolutely nothing cause let me tell you I've got my monies worth!!

Plus and also this ones cover: 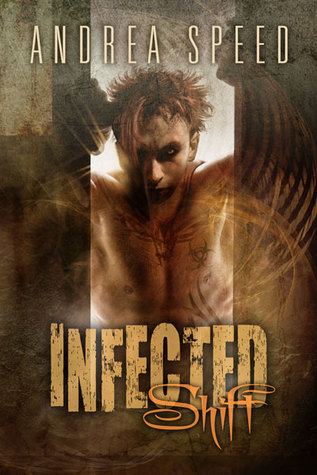 I can't explain why I love it so much but I want it framed and added to a wall in my house where I will see it often because I absolutely love it. I'm a total cover ho' in general but for some reason this has become one of my favourites. Thank goodness I loved the book or I'd be devastated!!

Again, I'm almost afraid of what is to come next but I'm also really, really hoping the Lion comes out again. Is that bad? That's bad isn't it?